It’s not often one gets up close and personal in an intimate setting with a legend, but that is just what happened this past Saturday at the Carnegie Library Music Hall in Homestead when Iron Maiden’s Bruce Dickinson came to town with his spoken word tour. 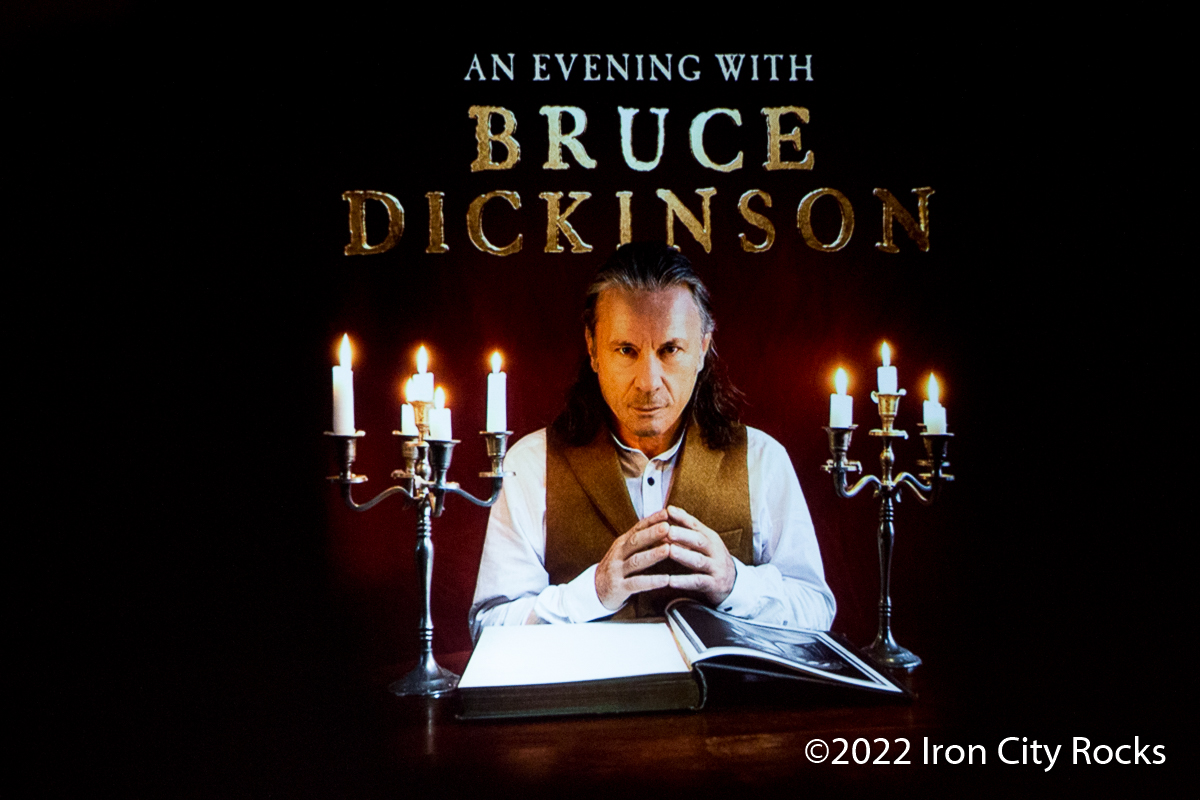 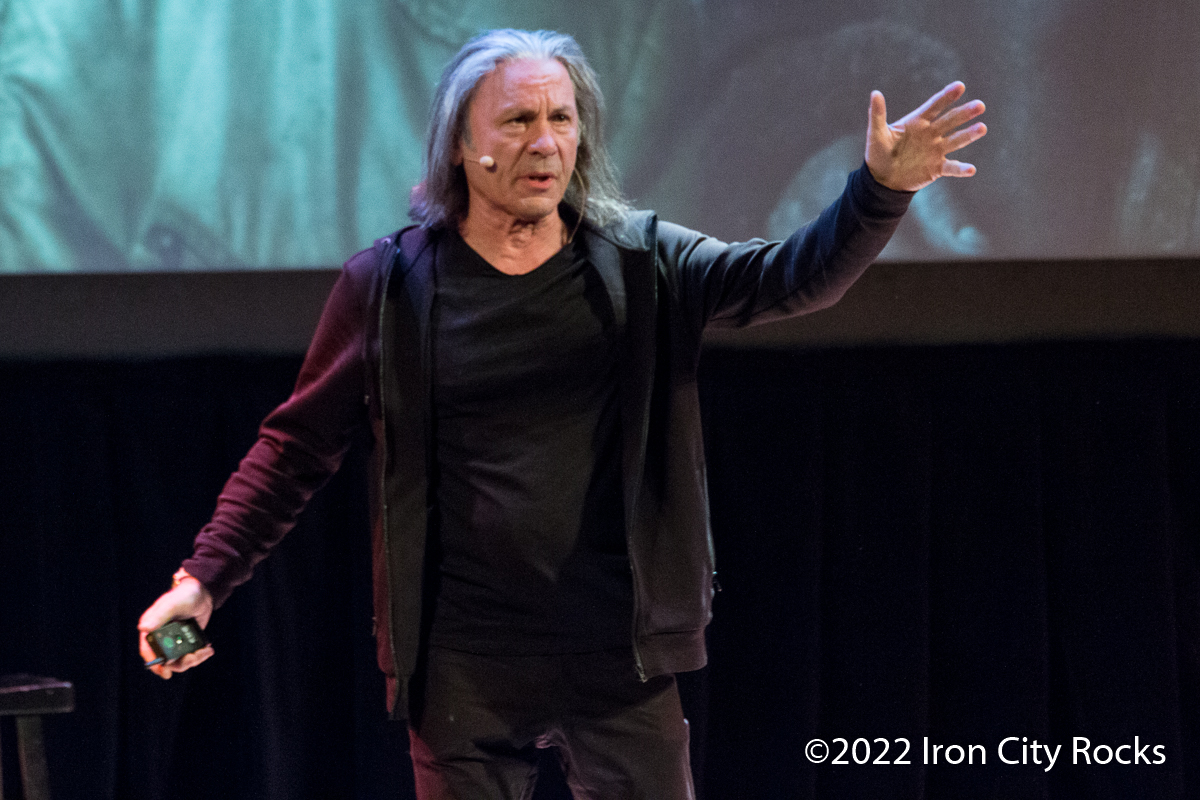 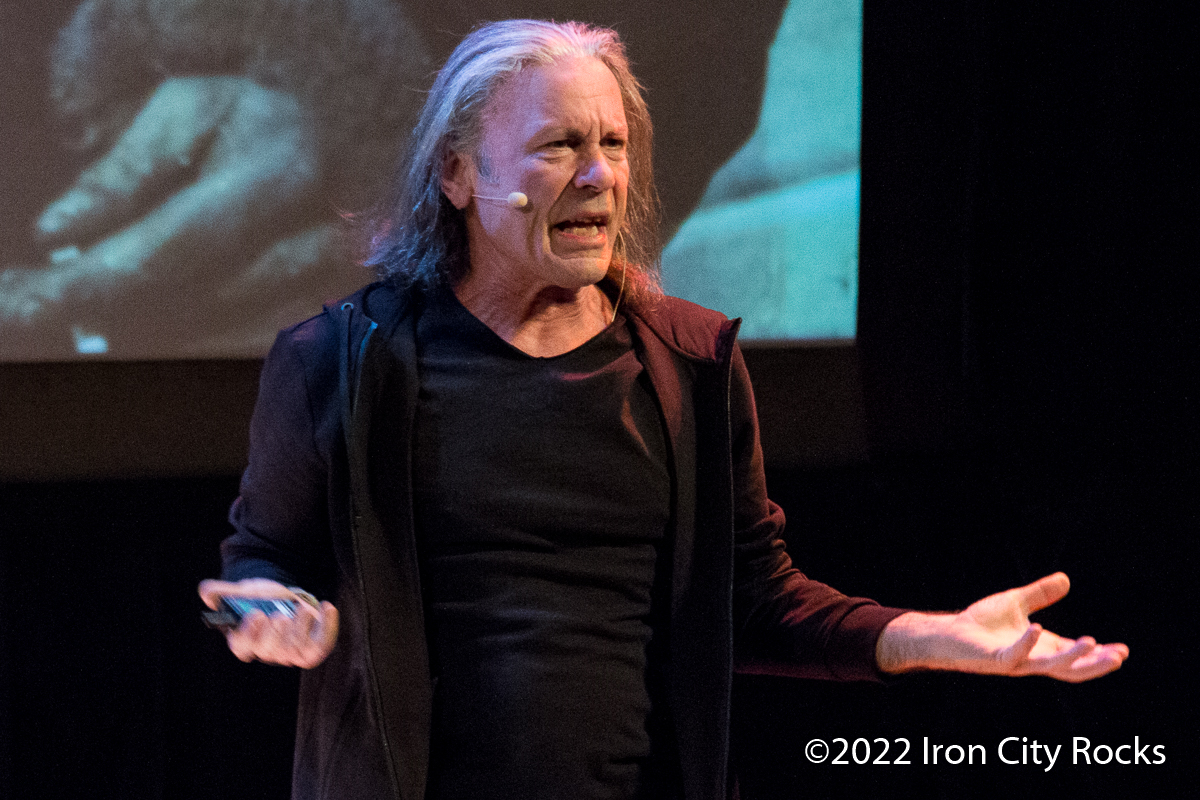 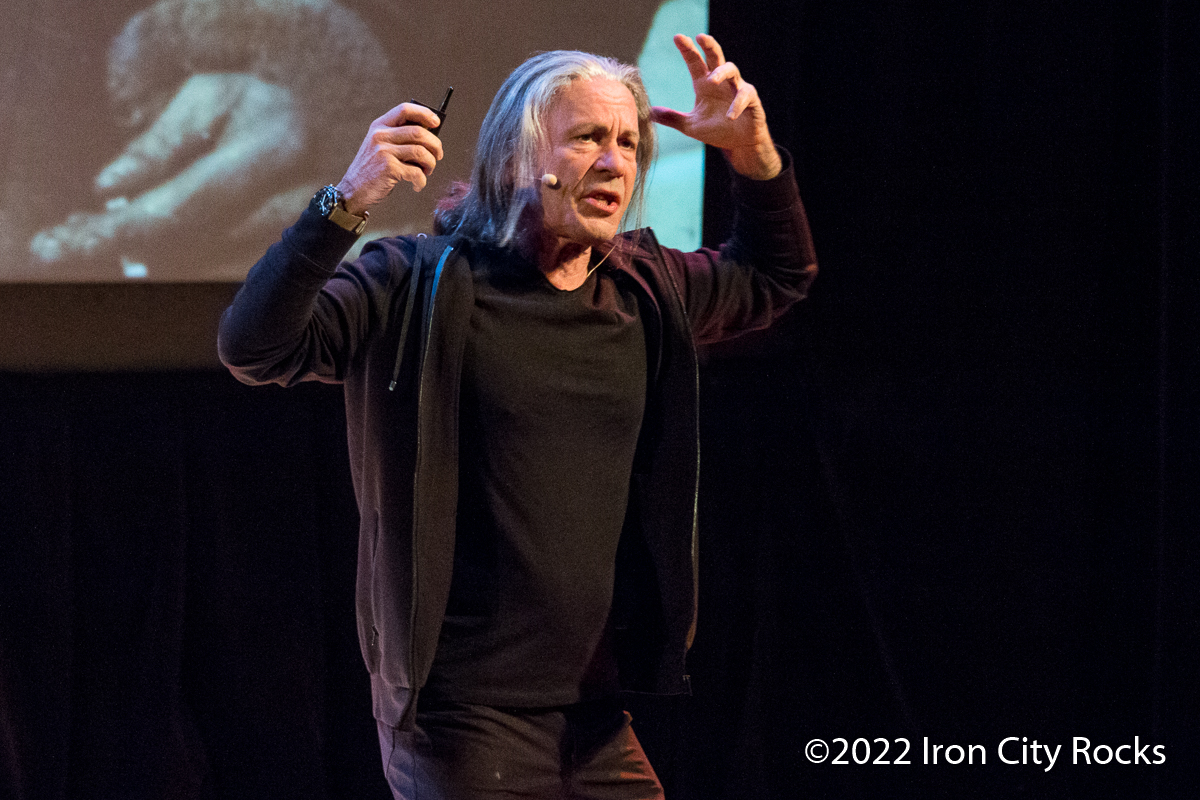 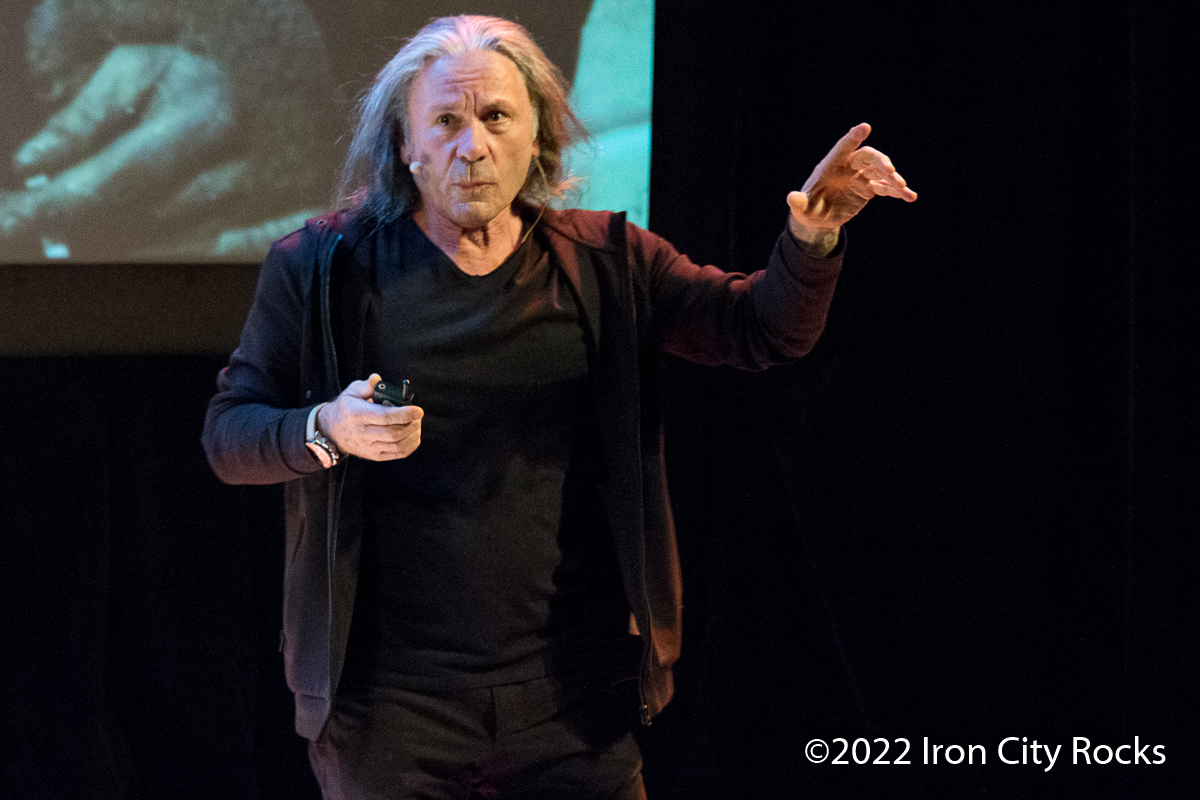 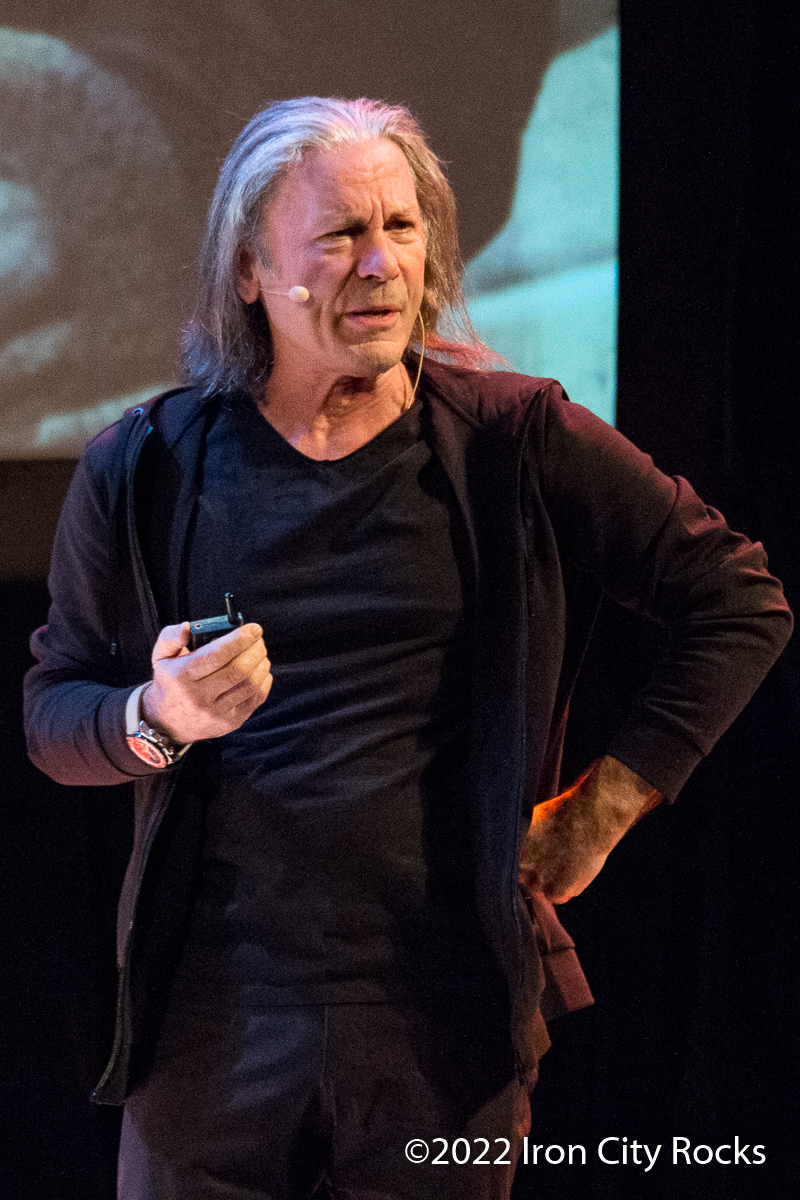 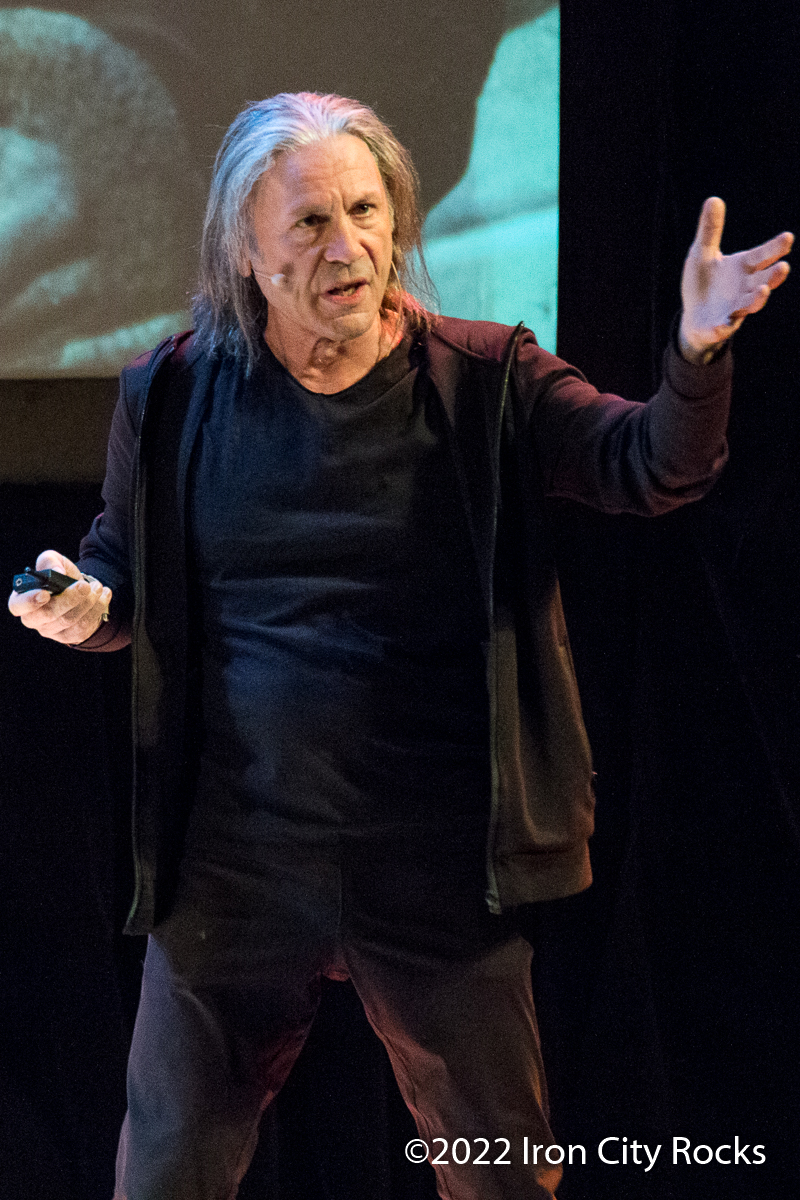 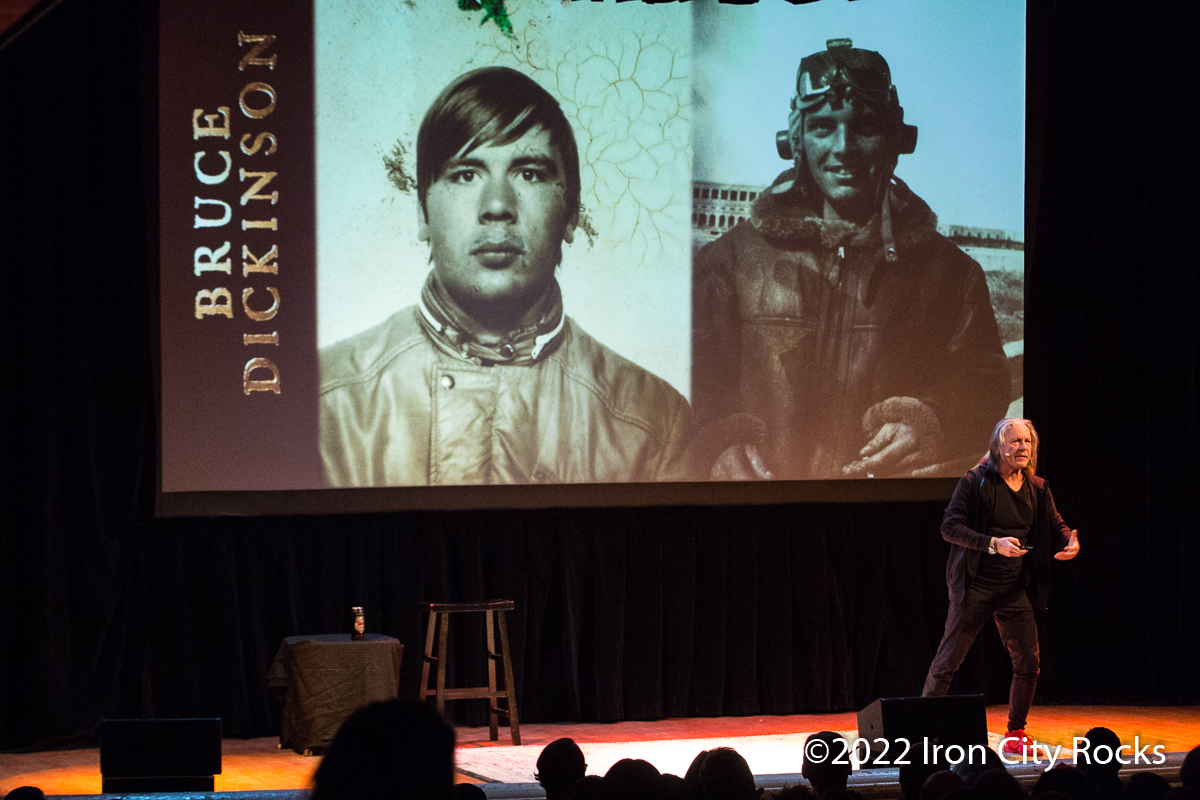 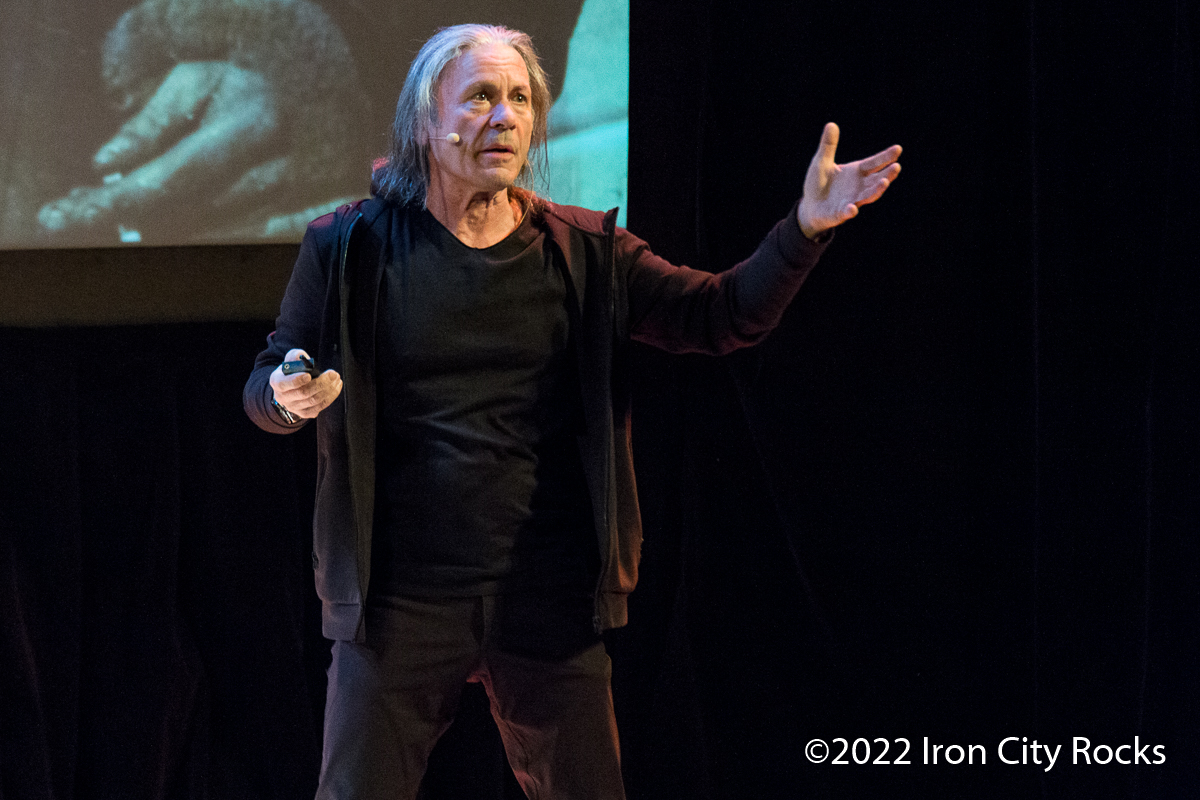 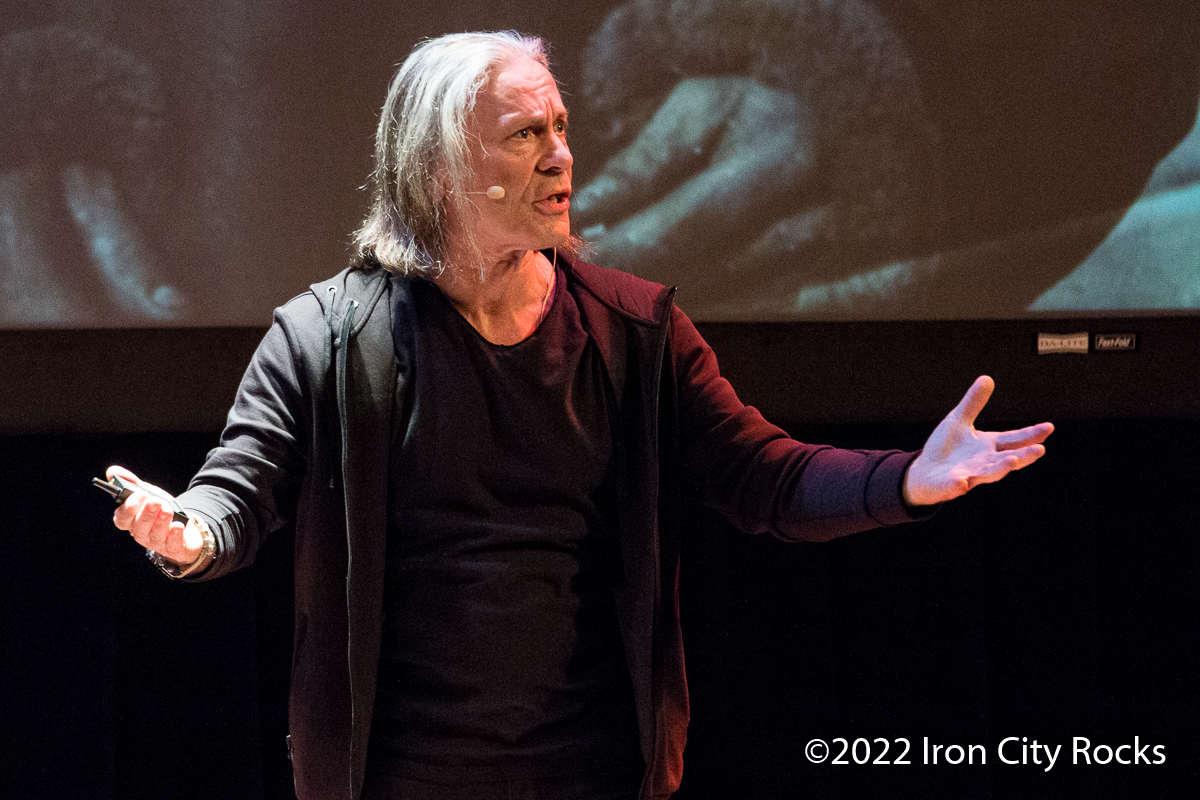 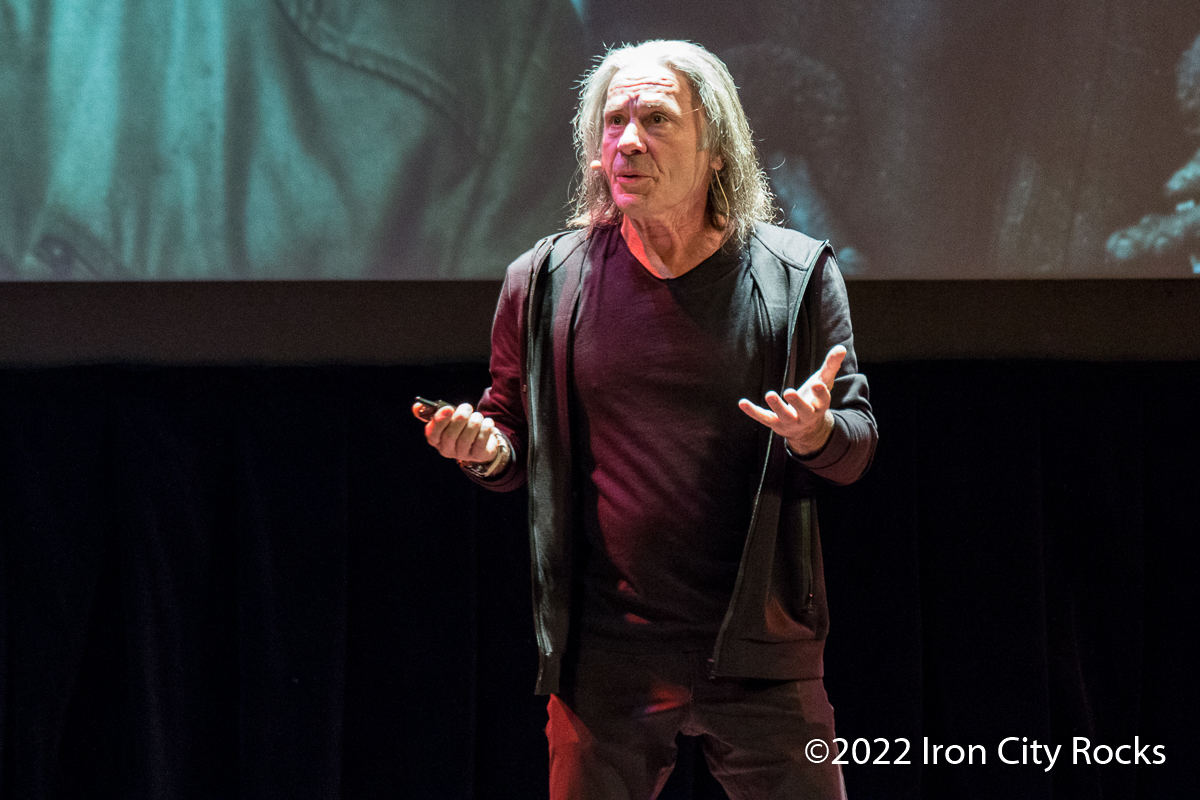 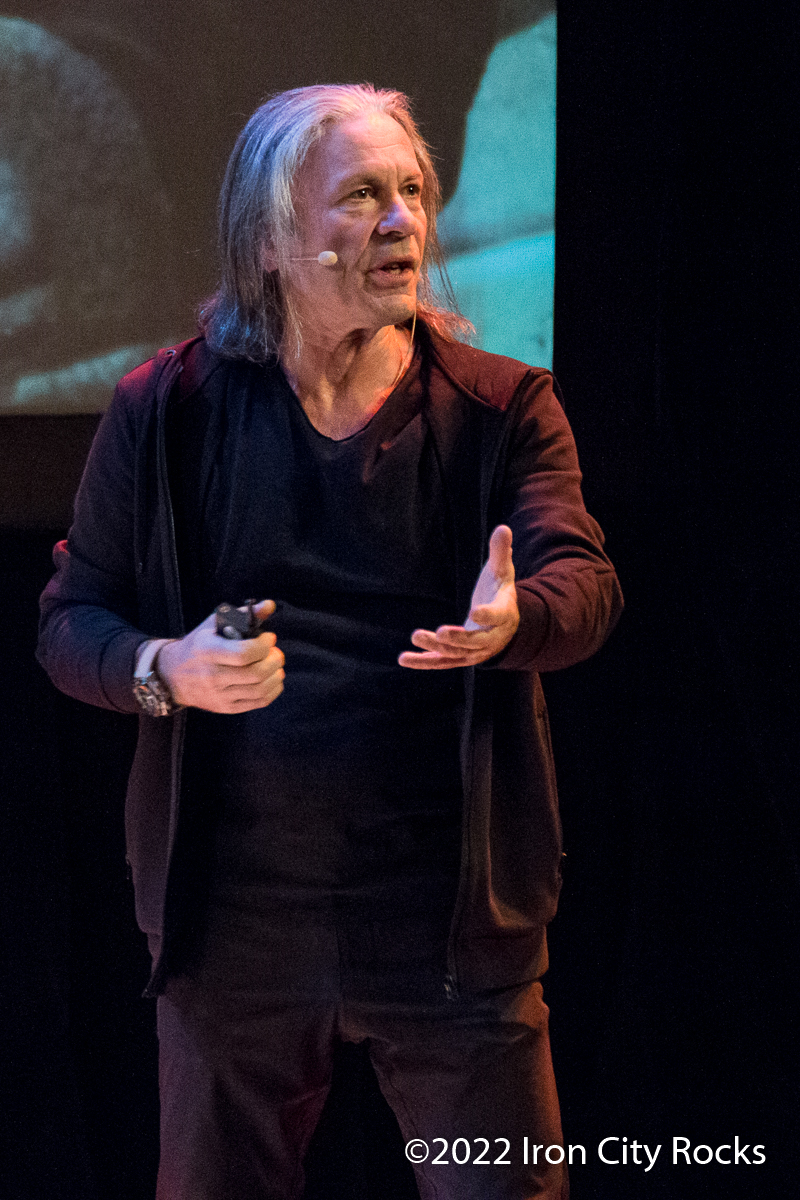 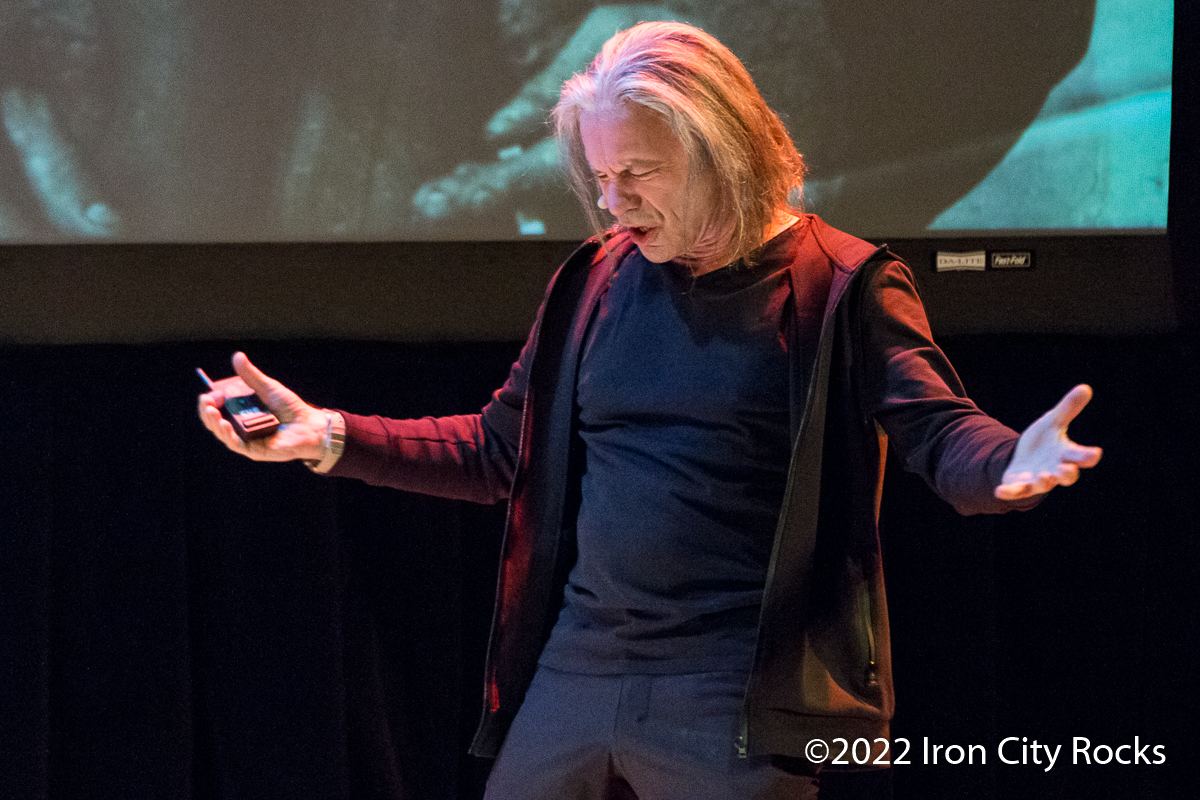 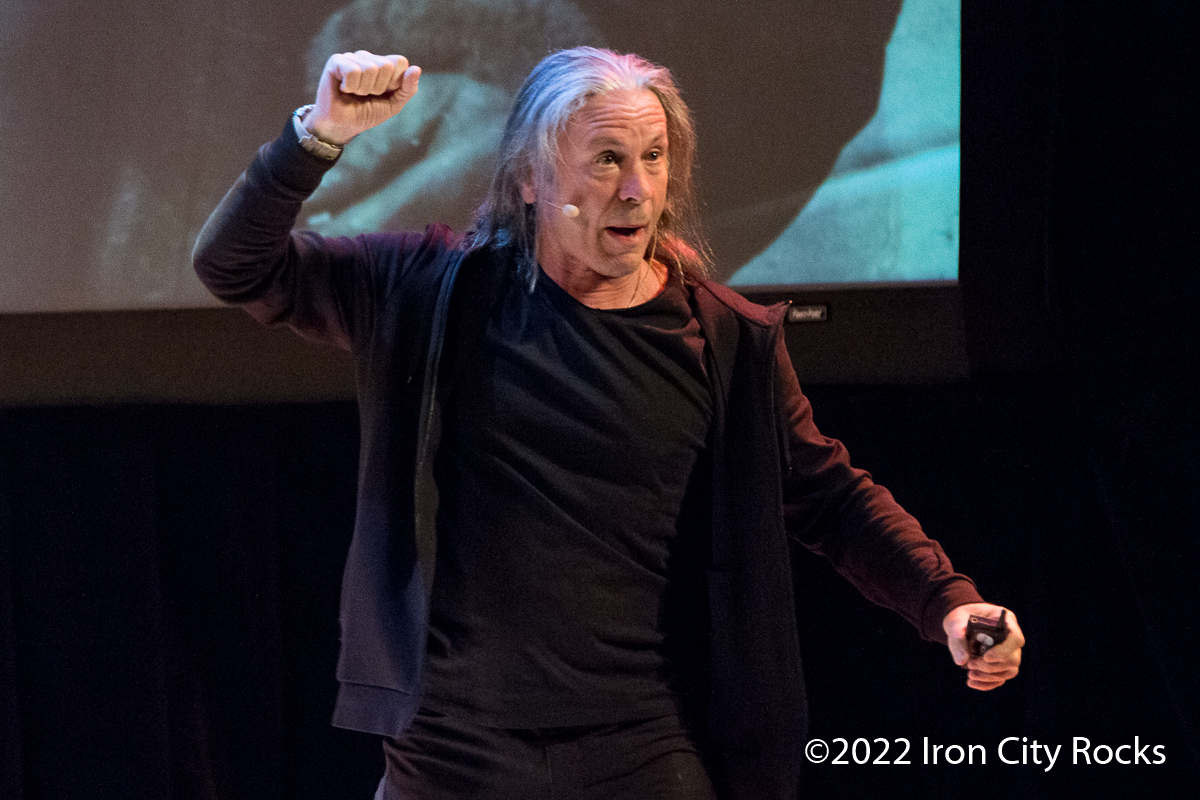 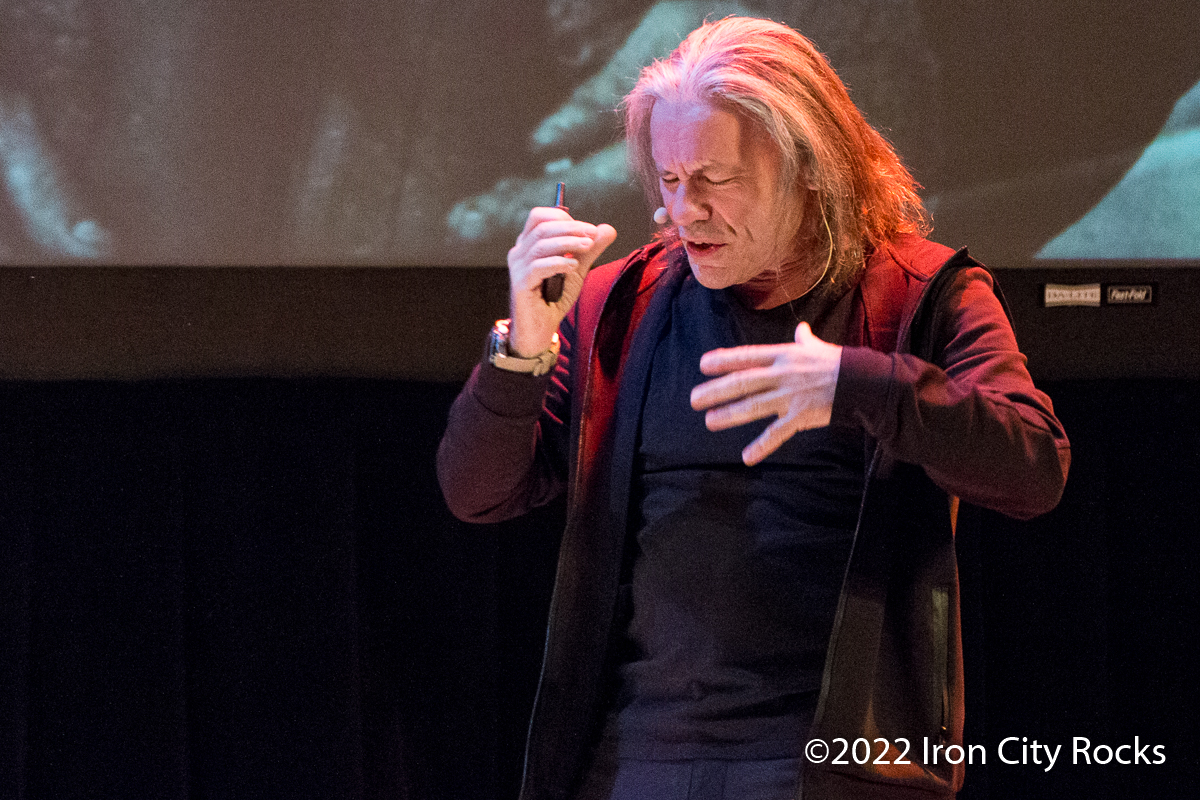 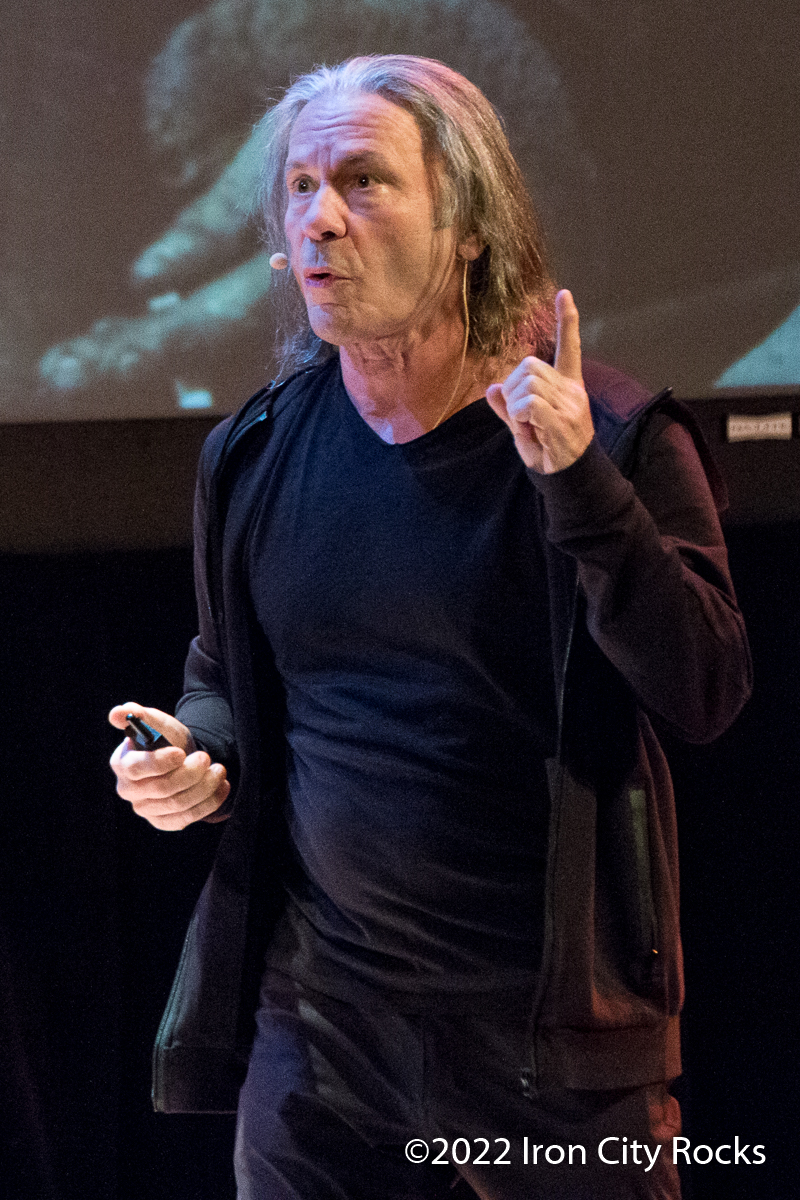 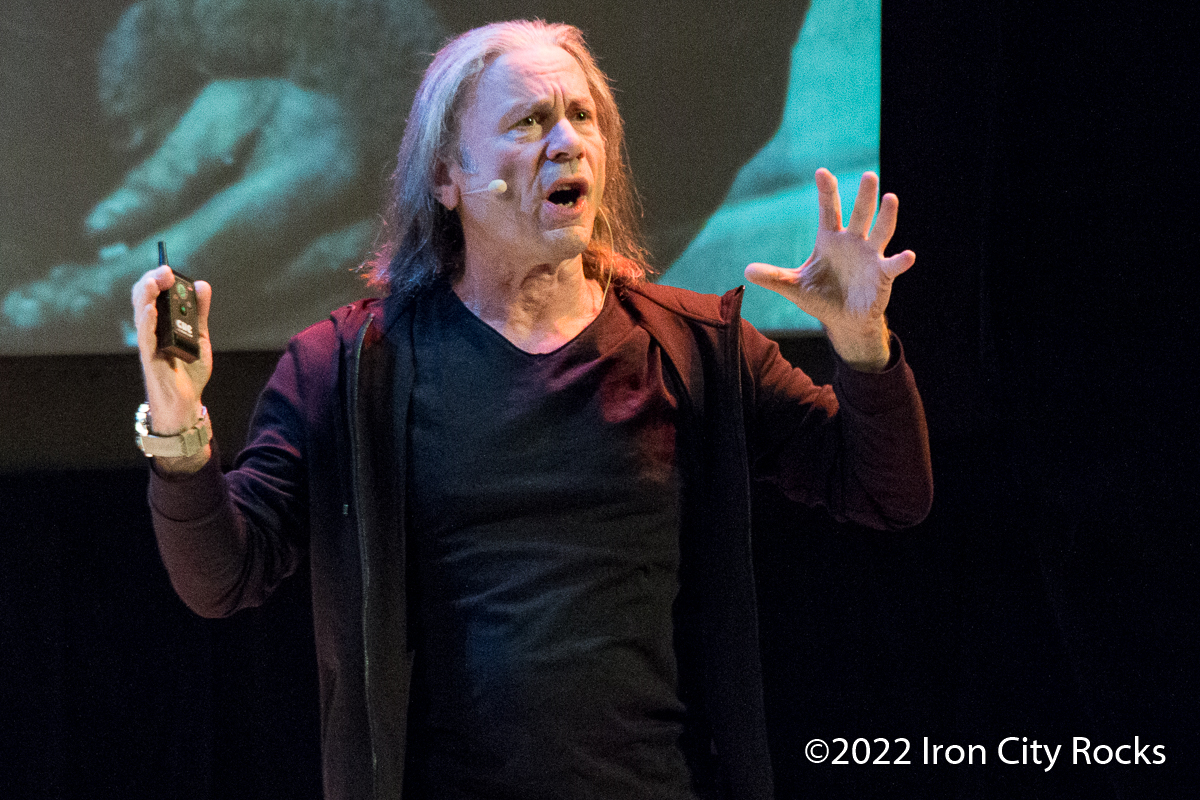 You’ve never seen Dickinson like this, animated on stage infusing humor in his anecdotes.  At times it was hard to imagine him being the singer of one of the biggest metal bands in the world. The stage was bare, with the exception of a stool, and a monitor with slides that helped illustrate some of his stories.

Dickinson engaged the audience from the beginning with tales about growing up in the British school system and how he deliberately pretended he couldn’t sing to get out of joining the choir, had 2 tons of manure delivered to the headmaster’s door, and finally got kicked out for pissing in the headmaster’s soup.  Along the way he discovered Deep Purple and realized he wanted to be a drummer and obtained a set of bongos.

He shared tales of his time in Samson and gave a great lesson on what not to do as a touring band.  While talking about Iron Maiden was inevitable it was not the focus on the evening, although we did hear some fun anecdotes that included a humorous impersonation of drummer Nicko McBrain and revealed why God created bass players.

The first portion of the show concluded with recalling his fight with cancer and how he beat it.

Before the show began audience members were able to submit questions via a card dropped in a box in the lobby.  The second portion of the show consisted of Dickinson answering these questions.  Nothing was off limits.  When asked about his scariest experience flying he recalled a tale where Nicko McBrain (also a pilot) had to pick him and a friend up in a plane not big enough for all the people.  He also revealed how Flight of Icarus was written in a bathroom with guitarist Adrian Smith before taking the stage.  He finished the evening with an acapella take on a verse from “The Writing on the Wall” and “Revelations”

The tour kicked off just a few weeks ago and if you can make it when it comes to your town….go.  You will not be disappointed.