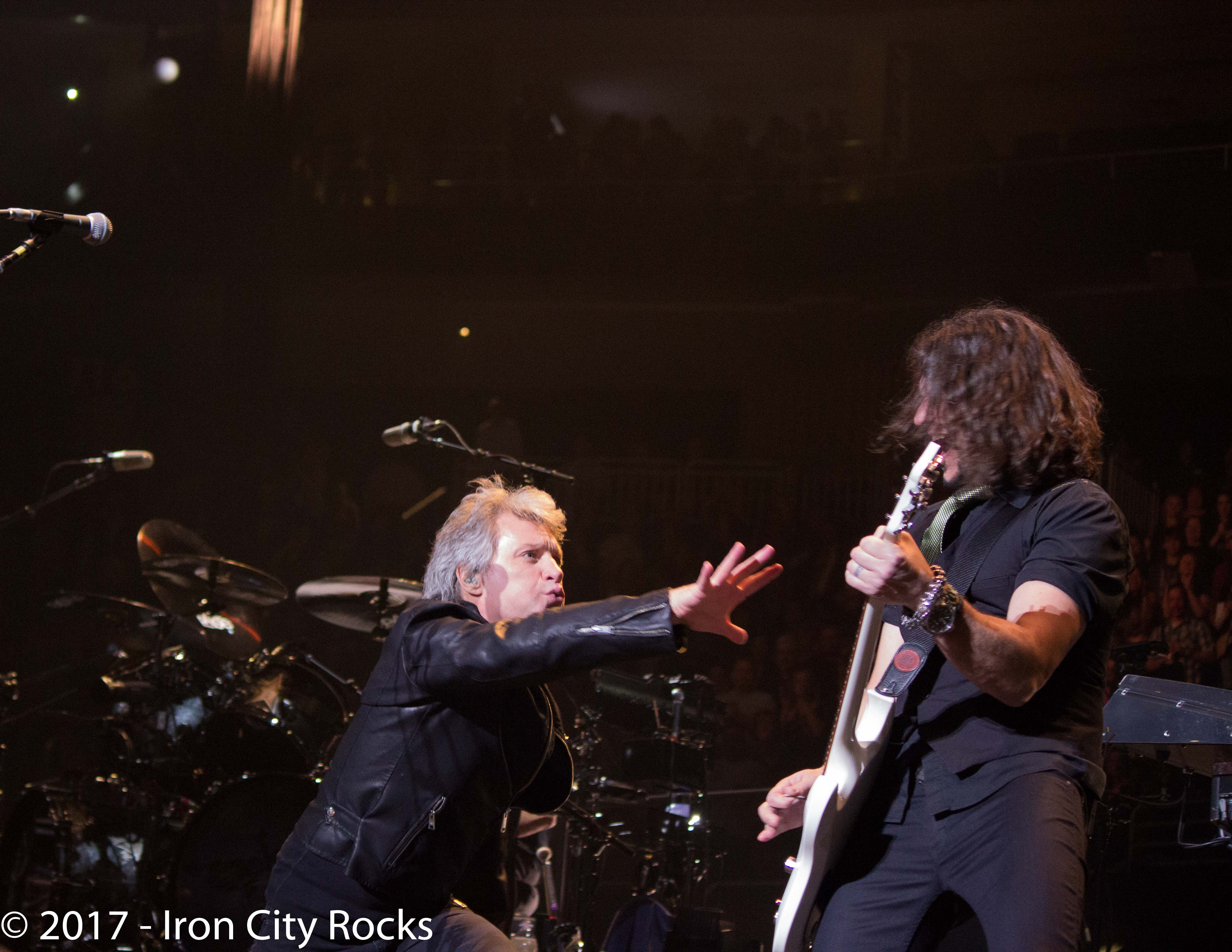 Image 1 of 12
To cancel or not to cancel, that is the question.  Wednesday night fairly early into Bon Jovi’s This House Is Not For Sale set at PPG Paints Arena in Pittsburgh, Jon Bon Jovi apologized for as he calls it “sounding like sh-t”.   He explained that he had been sick since the weekend and didn’t want to let his friends in Pittsburgh down.   Jon was able to hang in vocally for about the first 60 minutes of what was supposed to be a two and half hour show.  From that point he fought his way through the vocals and even handed over the mic to a lucky fan, Brad Evanovich, for “Born To Be My Baby”.  The band then did “Bad Medicine” before Jon announced they would do one more and call it a night.  Jon barely sang at all through “Livin’ On A Prayer”.

So on the way out of the arena there was a mix bag of people complaining about the show not being cancelled and those praising Jon for giving it his all.  In an interview Jon did he was critical of a certain former band member for jeopardizing shows and the inconvenience it puts on fan.  Countless people take time off work, get baby sitters, rent limos, have dinner reservation, etc to get to these shows.   Bon Jovi’s audience largely is of the generation where they have kids at home and full-time jobs.  Canceling the show would certainly be a hassle for the fans.  Not getting a full two and a half hour show does certainly cut short the product the concert going consumer is getting.  Tickets to a show such at this, largely, are not cheap.  It is important to consider for many bands a 90 minute show is about the norm.  Bon Jovi did play for very close to that long.  You can be the judge as to what you would have preferred.