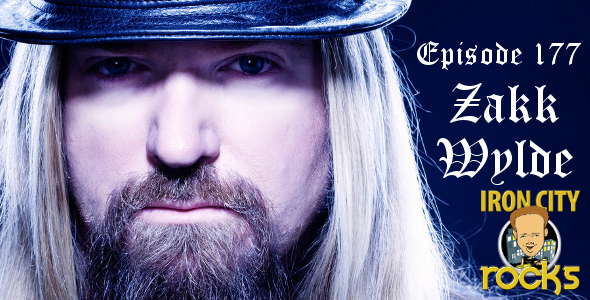 In episode 177 we are joined by Zakk Wylde.  We caught  up with Zakk as Black Label Society was rolling across Canada on a short tour before heading to Mexico and South America.  Zakk talks about the fans of both Canada and South America as well as his new Guitar Apprentice DVD series, the dedication of the BLS fans and even his interest in a Pantera reunion.

We are also joined by Frontiers recording artist, and Pittsburgh native, Gene The Werewolf.  Frontiers is set to release the band’s album in Europe so we talk about how the band came to work with Frontiers.

We are joined by Chip DiMonick to talk about the band’s new EP “Sign Of A New Generation” as well.