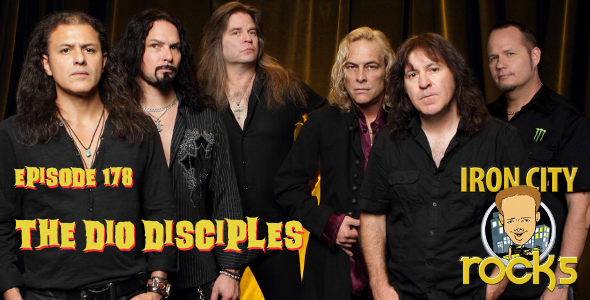 Episode 178 features Scott Warren and Oni Logan who are both performing with the Dio Disciples. The Dio Disciples are a touring band that celebrate the music and legacy of Ronnie James Dio. Scott was Ronnie’s keyboard for many years prior to his passing. Oni is familiar to many as the voice of the Lynch Mob. The Dio Disciples will be performing on 11/21 at the Dead Horse Catina and Music Hall in McKees Rocks, PA. We also feature music from Xander Demos who will be sharing the stage on that show.