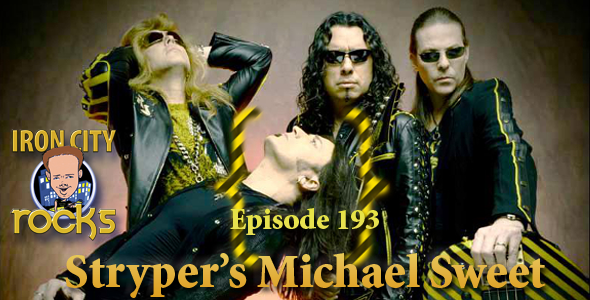 In Episode 193 we are joined by Michael Sweet of the band Stryper.  Stryper have release a new full length album called Second Coming which features re-recordings of many of Stryper’s classic songs and features two new tracks as well. Michael talks to us about his guitar tone, the solos on the new material, touring plans, his book and much more.

We are also pleased to bring you Director Jesse Vile of the film Jason Becker: Not Dead Yet.  Jesse talks to us about the process of how this moving documentary came to light.