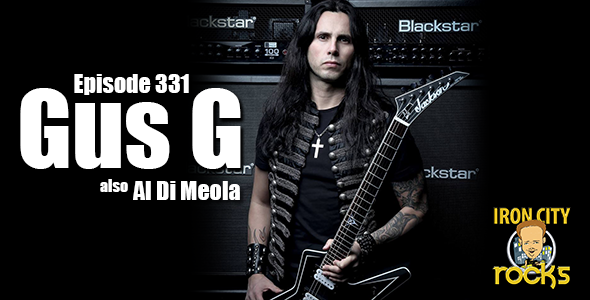 In Episode 331 of the Iron City Rocks Podcast we are joined by two amazing guitar players.  First Gus G of Firewind and Ozzy Osbourne’s band joins us to discuss Firewind’s new album, Immortals.  Gus discusses the time between the band’s releases, his new Jackson guitar, plans with Ozzy and much more.  We are then joined by jazz pioneer, Al Di Meola.  Al talks with us about the 40th anniversary of his landmark Elegant Gypsy and his current tour celebrating the platinum release.   Al also talks with us at length about his battles with tinnitus.