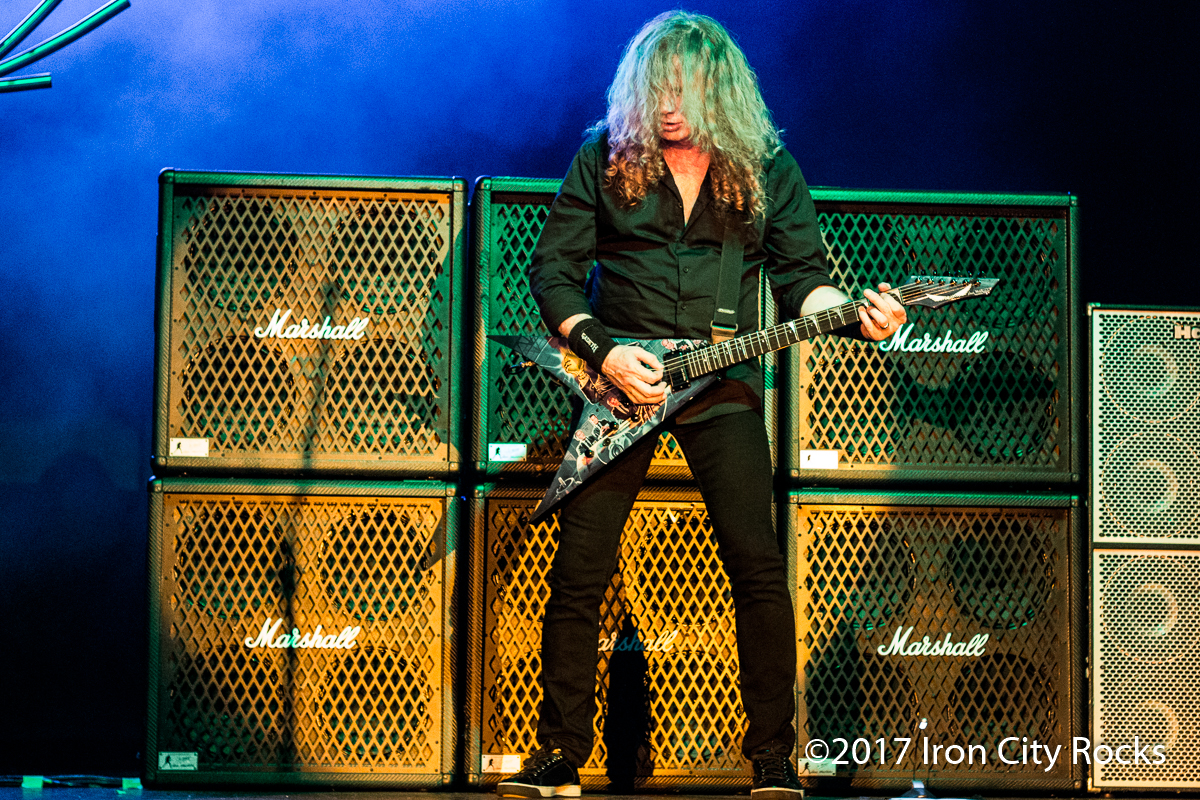 It’s been just over 5 years since Megadeth last rolled into Pittsburgh’s Stage AE and Dave Mustaine and company brought an evening of some hard hitting  head banging that did not disappoint.  Lillake got things rolling and while I missed their set I was told that they kicked some ass.  TesseracT was up next and they kept things rolling.  The band has a lot of stage presence and are not afraid to experiment with their songs in a live setting.  Meshuggah was up next and the crowd was going crazy as they hit the stage.  I had never seen Meshuggah live before, but I am familiar with their work and their set was exactly what I was expecting.  A full on assault of some of the heaviest music out there.  Filling in for guitarist Fredrik Thordendal was Per Nilsson, who had one of the coolest 8-string guitars I have ever seen.  Vocalist Jens Kidman worked the stage as the rest of the band thundered on.

After a brief stage switch over and some apparent technical difficulties Megadeth hit the stage in full force.  Starting with “Hanger 18” and playing a great selection of classics as well as new stuff off of their newest release Dystopia Dave Mustaine and the rest of Megadeth never once let up.  Highlight of their set included, “Dystopia”, “Sweating Bullets”, “Peace Sells”, and of course “Holy Wars…The Punishment Due”, which Dave preceded with the story of how he wrote the song.  All in all it was a worthy evening of metal.