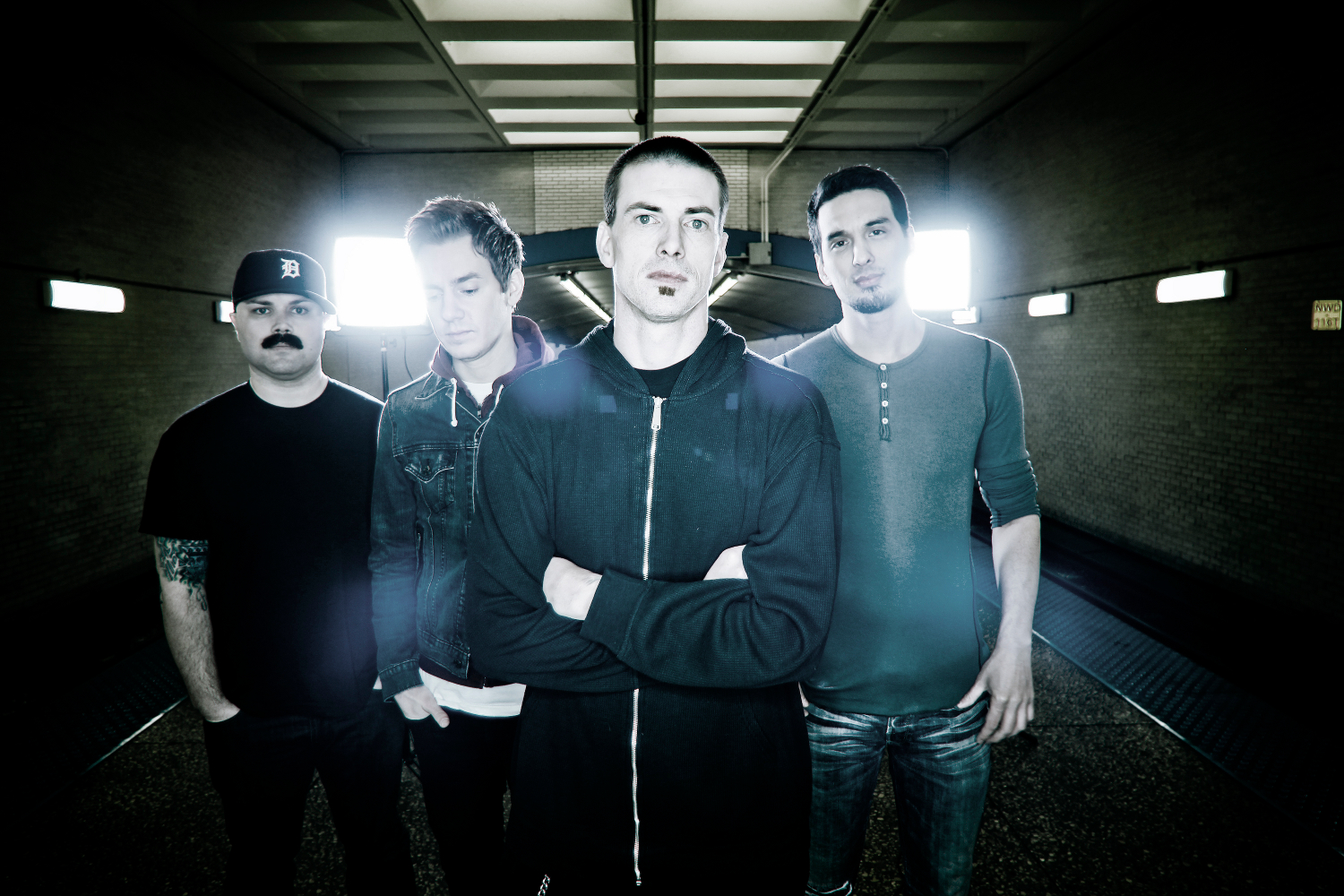 By Angela and Jon Toth

On your latest tour you’ve been playing your debut album Gift in its entirety. How did you come up with that idea? How has it been going?

It’s something we’ve been talking about doing for years, but timing is everything. Right now we’re at the end of an album cycle and between labels so we figured why not now? It’s been a lot of fun and the fan reception has been amazing. Usually there’s a few songs in our set that our fans don’t know as well because we’re playing from six different albums, but doing this, our fans are singing along from the first song to the last because they’re all so familiar with the record.

The Episodes is a little different than your other albums. Is a concept album something that you wanted to try for a while or did it just come to you organically when beginning to think about the direction you wanted to go with a new album?

It just kind of happened, and it happened about five years ago when we first wrote The Episodes. It was before our fourth album and Steve and Mike decided to try a new approach to writing an album which is to come up with a story first and essentially write a score to the story. After we tracked everything and got the basic ideas down, after much discussion, we decided to shelve it as our fourth record was our first record without a major label and we thought it might not be the smartest thing to come out swinging with a concept album. We did “Our Long Road Home” instead. For our fifth album, it was our first record on Victory so we thought it might not be the smartest thing to tell them we wanted to do a concept album so we wrote “Plead the Fifth” instead. When it came time to write album number six, we revisited the songs for The Episodes and said F*&% it, we’re going to do this album that we’ve been wanting to do for five years. I think it worked out pretty great because all three of those albums we are very proud of.

Do you have anything new in the works? What direction do you see yourselves going?

Yes, we have quite a few songs written, but it’s hard to say what direction it’s going to end up because so much always changes once we’re in the studio working. It’s a very organic, ever changing process.

How does your writing process work? Do you sit down planning to write or does it just come to you at random times?

It’s changed over time. We used to write a song, hash it out for weeks and weeks getting it just right, and then go in the studio and record it as rehearsed. Over the years tho we’ve spend less time “perfecting” a song before going in the studio, and going in with a good idea but willing to change it if need be. Some songs change dramatically, some stay relatively the same, but the key here was to not rehearse the song to death so it becomes stale. There’s still an excitement to playing/recording because we haven’t played the song to death.

You’ve been in the music industry for several years now and there have been a lot of changes. What do you like/dislike about the changes in the industry?

I don’t really have too many complaints. The only real change that’s definitely affected us has been the increase in indie rock and alternative rock on radio and a decrease in active rock. That obviously affects us because we’re active rock, but we still tour the country and play to some great fans and for us, that’s the goal. We don’t need to make millions of dollars, we just want to be able to continue what we do, live semi-comfortably, and make music that makes a difference and touches our fans.

When did you decide you wanted to be a musician?

I started late actually. I was down in TX visiting my brother who had been playing guitar for about 5 years and he had a bass to sell me. I bought it and barely touched it for another few months until he visited again. He taught me a couple songs and I was hooked ever since. I was fortunate enough to live with two guitarists and our first drummer Jarrod so I always had people to play with from day one. Definitely helped my growth as a musician. Two years later I joined my friend’s band that was just forming called Taproot and the rest is history.

If you write a song about a past experience, does performing it bring back the bad memories/feelings or does it help with the healing process?

It’s definitely a healing process which is why we do what we do. Music, both for listeners and writers, has the power to heal and get you through tough times. That’s why music will never die, and their will always be those searching for more than the cookie cutter, shallow music that dominates the radio.

Which of your albums are you most proud of?

Blue-Sky Research. It took the longest but the end result I think is our biggest growth as a band and some of our best writing.

What one song do you most want to be remembered for?

I don’t think we have a choice, pretty sure it’s going to be Poem. I’m not complaining, we’re happy to have made a lasting mark. We’re still trying to top it so keep an eye out for our next album in early 2014.

What bands are you listening to now?

Mostly bands we’ve toured with. I feel a stronger connection to bands I’ve seen live and know they’re real and put on a good show. Boy Hits Car, Smile Empty Soul, The Chronicles of Israfel (haven’t seen them live but the CD is one of my all time favorites), Otherwise, Lost Point out of Denver is a great up and coming band.