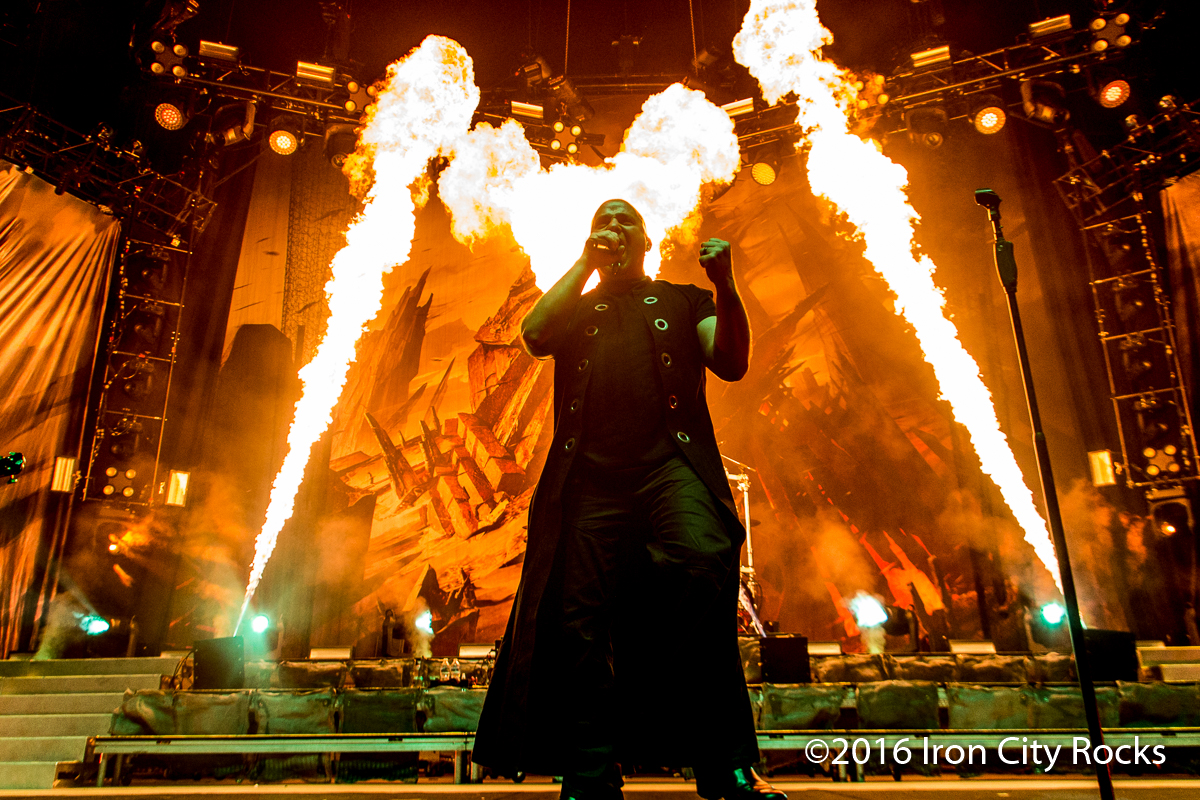 Disturbed and Breaking Benjamin’s co-headlining tour rolled into First Niagara Pavilion and set the place on fire with an evening of some great music. Saint Asonia and Alter Bridge got things rolling for the fans who were lucky enough to get there early.  Both bands put on solid sets and got the crowd warmed up.

Breaking Benjamin was up next and Benjamin Burnley and company did not disappoint,  starting things off with “So Cold” and running through a set of 13 songs with various members taking a turn on vocals.  Half way through the set they performed a medley featuring songs, from Tool, Pantera, Nirvana and Star Wars.

Disturbed took the stage next, their first time in the area since the 2012 Mayhem Festival.  The band started things off with a video showing various performances from their career intertwined with a message about music being a weapon before coming out to “Ten Thousand Fists”.  David Draiman and the rest of the band brought tons of pyro and energy to the stage and put on a great show.