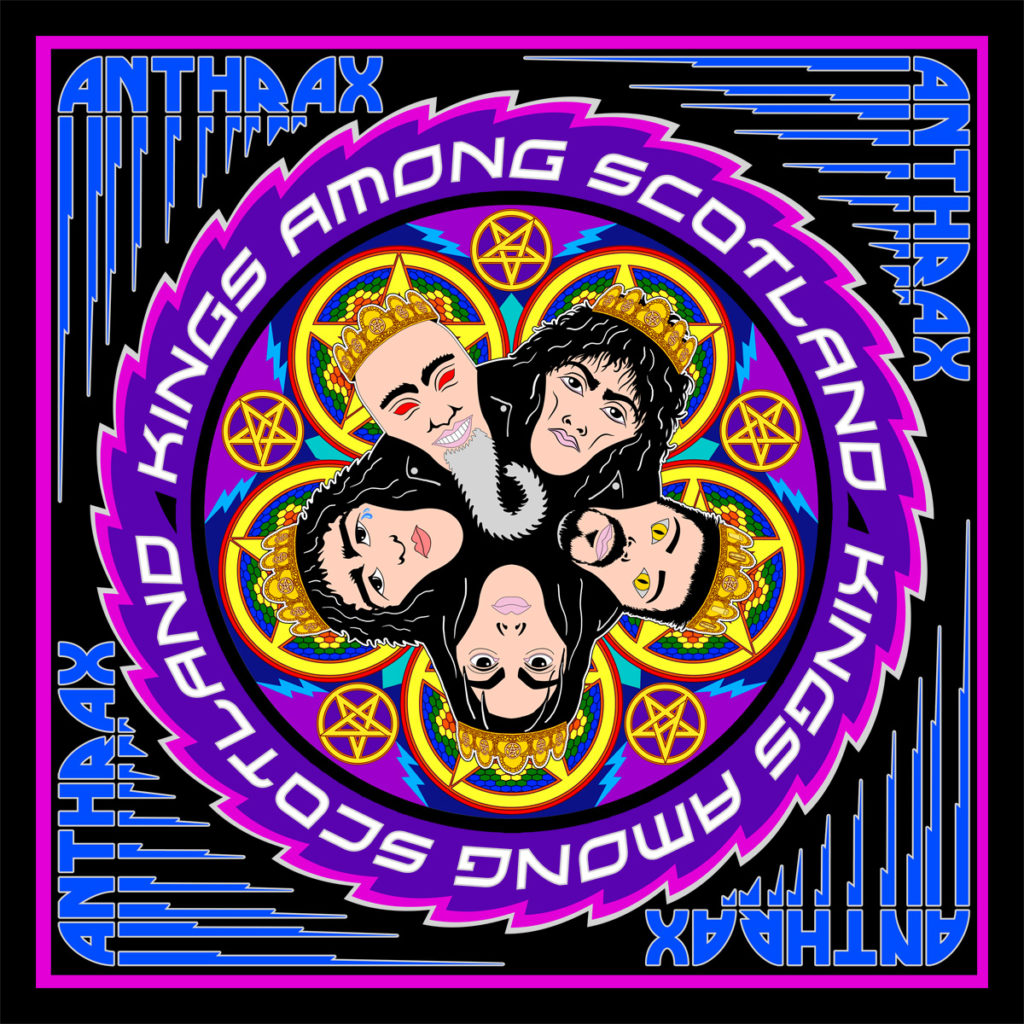 Filmed at Glascow Scotlands Barrowland Ballroom February 15, 2017 during their For All Kings tour, Kings Among Scotland is exactly what you want from a live Anthrax DVD package. Disk one comes at you with no B.S., Just a two-hour plus assault.  The crowd was enthusiastic to say the least chanting “Anthrax” while Charlie egged them on with behind the kit. The audio is very well mixed for a live package. That can be attributed to the band having the band’s studio producer, Jay Ruston, do the mix. The video was produced, directed and filmed by Paul Green for Fime24Productions. While very clear and well lit for a DVD the editing can be a bit of a sore spot. The sort changes almost constantly with the beat of the song so you don’t get more than a few seconds of any shot. At the beginning of “Be All End All” there is a cool back and forth with Scott playing the melody of the song on the guitar and fans belting it back to him.  The Barrowland makes for an interesting backdrop for a set that includes “Blood Eagle Wings” based on the late-60’s “Bible John” murders.  But for a metal show it is a very complete and thorough set mixing the best of the best done as well as every.  Disk two includes a 35 minute documentary documenting life on the road with family, the crew, the meet & greet experience and even a audio cameo by former guitarist Rob Caggiano (Volbeat).  Also included a gear run-down.  If you have been a little let down by the lighting of previous Anthrax DVD’s this package is foryou and don’t let the lack of a Blu-Ray worry you one bit.