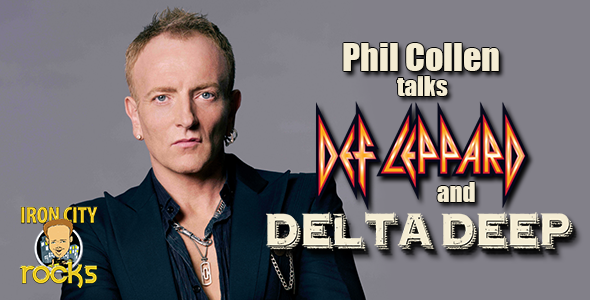 In Episode 300 of the Iron City Rocks Podcast we are joined by Def Leppard and Delta Deep Guitarist Phil Collen.  Phil and his band Delta Deep are about to embark on the East Coast “Sugar Shack” tour.  Delta deep is made  up of Phil, Debbi Blackwell-Cook on vocals, Stone Temple Pilots bassist Robert DeLeo and India Arie drummer Forrest Robinson. Phil talks with us about playing intimate venues and his love for the blues. We also discuss the long history of British blues guitarists, the latest Def Leppard album, the difference in playing and recording with Delta Deep versus Def Leppard, and maintaining his fitness and nutrition while on the road.

We also are joined by phenomenal blues guitarist Lanez Lopez who just released Live In NYC and is about to release West Of Flushing, South Of Frisco with his new band Supersonic Blue Machine.