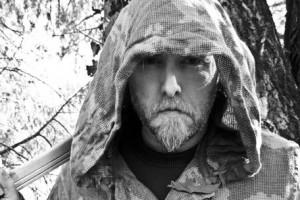 Can you talk about the inspiration for the new Burzum record Fallen?
Fallen was greatly inspired by the Burzum debut album and Det som egang var. Now, this doesn’t mean it sounds anything like these albums, but when making it I was certainly very much inspired by them.

Are there any musicians on the record aside from yourself?
No. I always work alone, and have no need for a fifth wheel on the wagon, so to speak.

Do you consider your newest material, Fallen, black metal?
Not at all. I consider it to be heavy metal.

I had read that there is talk of a movie about your life. Is that still on the table?
There was talk about a movie made by some Japanese producer, based not on my life, but on the nonsense scribbled down by Mr. Moynihan and his clown companion, Mr. Söderlind, about my life, amongst other things, and published as a book with the title “Lords of Chaos”. I guess they realized that making a movie about someone without this someones consent is not a wise thing to do. It was scheduled for release in 2010, and we never saw anything, so we can only hope it all went down the drain. Like it should.

Do you think as you have gone through your life experiences you look back at anything you’ve done in the past and question your judgment or stance?
In the past I jokingly said that I should have killed Snorre Westvold Ruch as well, a friend of Euronymous and a witness to parts of the fight between Euronymous and myself (ending in his death). If I had killed him as well as Euronymous I would not have been wrongfully convicted for murder. There was no other evidence against me whatsoever – although the police told the press they had my fingerprints on the scene. This was not true, and was said as part of their campaign to get me convicted no matter what.
On a more serious note I must say that I have been very lucky in my life, and should not want to change anything in my past – or present, for that sake. Sure, I spent some 16 years in prison, but that’s no big deal. Prisons in Norway are more civilized than most other places, and it was more or less a walk in the park. And I have no sympathy for the guy I killed; he planned to first knock me out with a stun gun, tie me up, place me in the trunk of a car, drive me into the forest, tie me to a tree and then film it as he tortured me to death. He got what he deserved.

Several black metal bands (symphonic, highly produced) have met with great commercial success world wide. Do you feel that they have remained true to the art form of black metal in these pursuits?
You know, I really have no interest in black metal. It has all been turned into a parody, and I would prefer that nobody ever thought about black metal when they heard the name Burzum, or vice versa. You could just as well have asked me questions about rap music, hip hop or anything like that. I have no interest in that either. Oh, and I don’t know enough about modern black metal to know much about any black metal bands – and I don’t want to know either, for that sake. Forget about black metal. It died in 1992 and I don’t even miss it.

What is next on your agenda musically?
The next album is a compilation album, called From the Depths of Darkness, and it is scheduled for release next September. After that… I am a musician, you know, and I guess this is my lot in life, so I will probably keep on making more music.