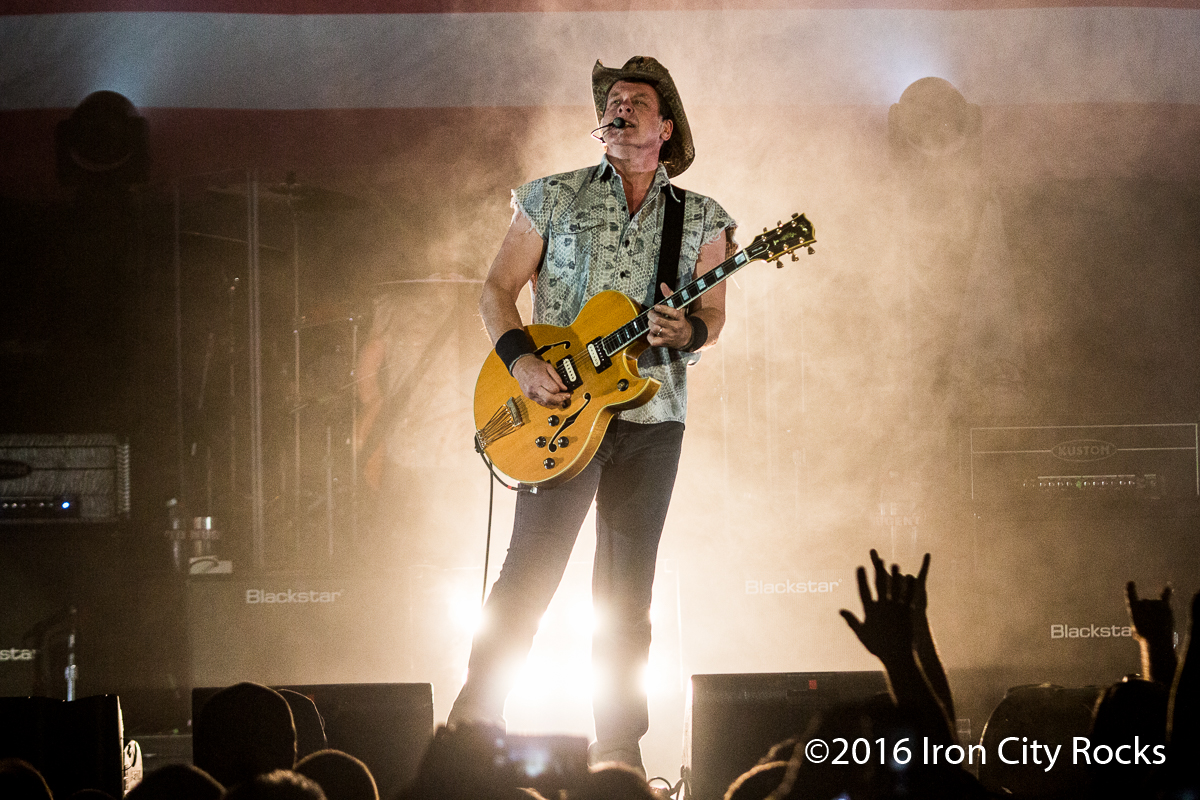 Ted Nugent rolled into Stage AE and put on an energetic show like only he could.  The oft outspoken Nugent pulled no punches when it came to his music, (thankfully keeping the political commentary to a minimum) and proved that even at aged 68 he can still rock with the best of them.  Coming out to a rousing rendition of “The Star Spangled Banner” and dedicating the night’s performance to the US servicemen and police officers, Nugent did not let up once – promising that we would hear the greatest guitar riffs ever.  Playing everything from “Wang, Dang Sweet Poontang” to “Cat Scratch Fever” and throwing in a heartfelt “Fred Bear,” Nugent and his band delivered on that promise.  Other highlights included “Free For All,” Stranglehold” and “Great White Buffalo.”