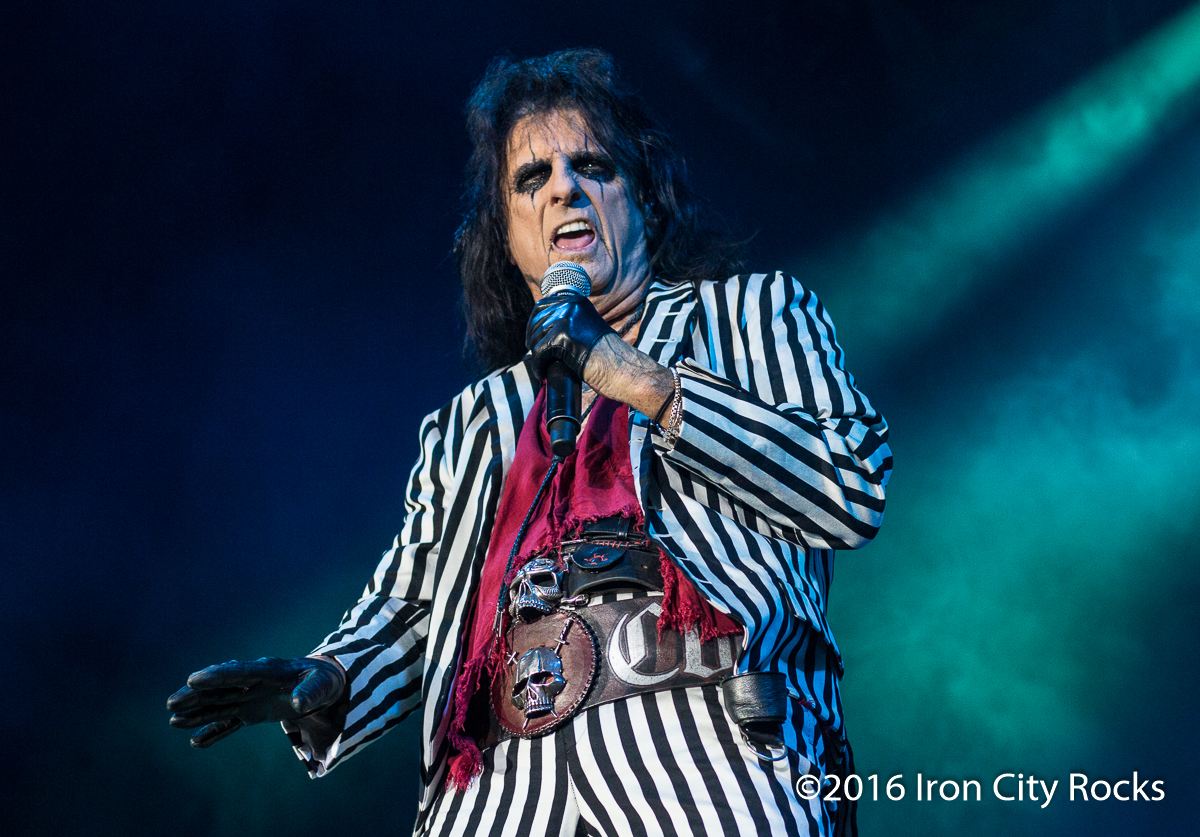 Alice Cooper has been a staple of rock for several decades, and the 68-year-old singer shows no signs of slowing down.  His voice sounds as good as it ever did and still knows how to command a stage and entertain the audience.  Backed by the triple guitar tandem of Nita Strauss, Ryan Roxie and Tommy Henriksen, along with Chuck Garric on bass and Glen Sobel on drums, Cooper is out on the road to “Make America Sick Again.”

Coming out in a shower of Sparks to the song “The Black Widow,” Alice Cooper and company played all the staples such as “No More Mr. Nice Guy,” “Under My Wheels,” Billion Dollar Babies” and “Poison” he also pulled out some deep cuts such as “Woman of Mass Destruction.”

Everything that makes an Alice Cooper show special was present, from his pet boa constrictor to the guillotine and the giant Frankenstein.  In a fitting tribute to some of music’s greats the band rolled out some classic covers of “Fire,” Suffragette City,” and “Fire” before closing the show out with his three biggest hits “I’m Eighteen,” School’s Out” and the encore – “Elected” which features Donald Trump and Hillary Clinton slapping each other around and then making out.

This show proved that Alice Cooper still has what it takes to entertain his audience and will always be the godfather of shock rock.