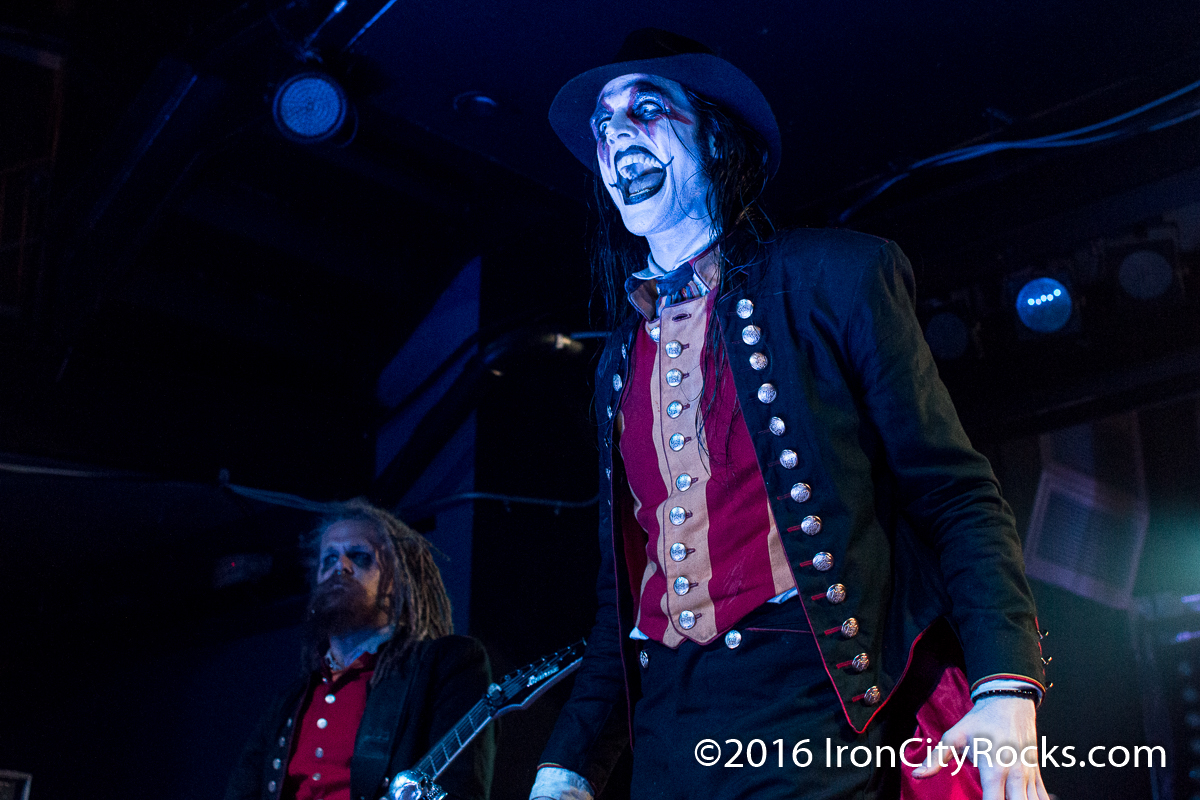 What better way to celebrate Mother’s Day than with the circus sideshow that is Avatar.  Avatar, hailing from Gothenburg, Sweden is arguably one of the most entertaining bands to grace that stage at Altar Bar and they put on one hell of an amazing show.  Led by the ultra charismatic Johannes Eckerstrom, the band consists of Jonas Jarlsby and Tim Ohrstrom on guitars, John Alfredsson on drums and Henrik Sandelin on bass.  The band is currently touring North America in support of their upcoming new album Feathers & Flesh, which will be released on May 13th.

The band kicked off with “House of Eternal Hunt” off the new album and went right into the title track of their 2014 release Hail to the Apocalypse.  All the while Eckerstrom owns the stage and engages the audience bringing them into the music.  Highlights of the set included “Bloody Angel,” “Paint Me Red,” The Eagle Has Landed” and “Paint Me Red.”  If you have not yet been lucky enough to catch this band live, do so immediately….you will not be disappointed.