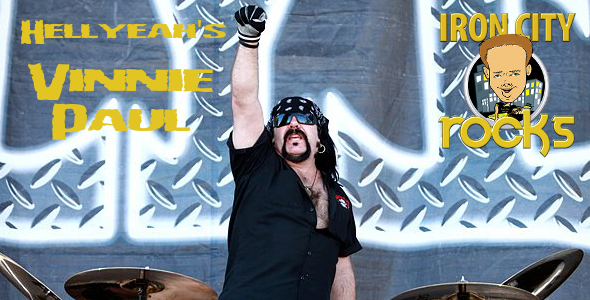 Episode 154 features legendary drummer Vinnie Paul of the band Hellyeah. Vinnie talks about the band’s upcoming release Brothers In Arms and the heavier direction that it takes. He also talks about their tour, Pantera’s anniversary release of Vulgar Display Of Power and much more.

Also joining us is guitarist Mike Orlando of Adrenaline Mob, TRED and Sonic Stomp. Mike gives us all the details about how both Adrenaline Mob and TRED came to be, how logistically they make it all happen and what is on the horizon.

Finally we talk to long-time trash vocalist Steve “Zetro” Souza of the band Hatriot. Many may remember Steve from his days in Exodus and we take this opportunity to introduce you to what he as been up to.