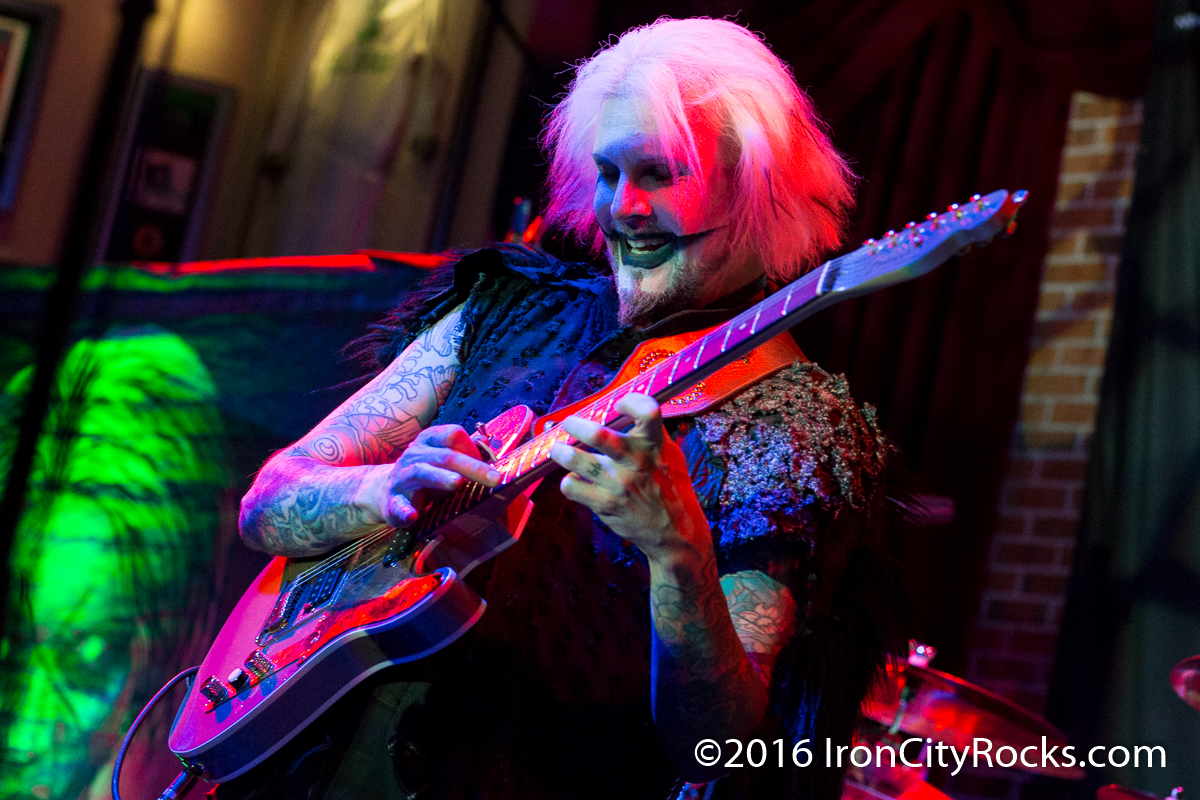 John 5 and the Creatures played Hard Rock Cafe Pittsburgh this past Monday and he completely wowed the crowd in an intimate setting with huge guitar pyrotechnics.  Best known as Rob Zombie’s Guitarist John 5 has played with a many different musicians spanning many different styles.  Everyone from Marilyn Manson and David Lee Roth to Lynyrd Skynyrd and K.D. Lang. John 5 is a virtuoso who can play just about anything

John 5’s stage persona is no different than what you would expect from a Rob Zombie show, however the show itself is completely different.  John 5’s playing is influenced by rock as well as country guitar styles. “Behind the Nut Love,” for instance is heavily reminiscent of a pedal steel guitar and the song was reproduced faithfully in a live setting.   Playing material from all 8 of his solo albums he ended the show with a rocking cover of Michael Jackson’s “Beat It” followed by a medley of some of the most classic guitar driven songs of the last few decades including selections from Steve Vai, Metallica, Slayer, Judas Priest, Rush and many others.  John 5 is a true guitar virtuoso and showman and if you are lucky enough to be near one of his solo shows do not hesitate to go.

John 5 and the Creatures at the Hard Rock Cafe